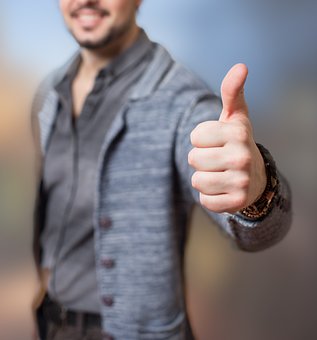 Rick is originally from Norristown, PA a suburb of Philadelphia! He met his "high school" sweetheart, Lisa and the rest is HIStory! Rick served 8 years in the U.S. Army with 5 years stationed at Schofield Barracks, Hawaii! Rick & Lisa's two sons, Rick Jr. & Keoni were born at "Tripler Hospital" in Honolulu and their daughter, Jazmine was born after Rick was stationed in Virginia at Vint Hills Farms (166th Military Intelligence Unit) and provided assistance to The Fort McNair Communication Center located at the Military District of Washington! (MDW)
Rick received numerous awards while in the Army, successful completed "Air Assault School" finished at the Top of his class at the "Primary Leadership Academy" with a GPA of 99.6%! Rick also was awarded numerous Army Achievement & Good Conduct Medals! He served as the General's Aide while stationed in the 25th Infantry Division and was also selected to be a "Home Town Recruiter!"
Rick took his talents after being honorably discharged from the Army to work as a contractor with "Jaycor" and provided exemplary service while being assigned to the United States Department of State in Washington, DC! Rick provided satellite communications to the "Secretary Of State" aircraft via the "Red Switch" and provided daily cryptographic updates to secure phones and American Embassies worldwide!
Rick was promoted from a Network Controller to Installer and built mainframe systems to support American Embassies worldwide and travelled extensively to bring these systems online with stateside counterparts! While at these embassies, Ricks' work ethic was rewarded with numerous letters of accomodations and he received "bonus checks" via "The Performance Incentive Programs" (PIP Awards) for demonstrated service/excellence!
Rick was strongly encouraged by numerous State Department Employees to apply as a Foreign Service Officer and one of his front line supervisors had already promised him he had a position awaiting him in "Guyana, Georgetown!" It took about one year to complete the application process and Rick received his letter of acceptance and class date for Warrenton, VA and the family was excited about the possibilities of living overseas!
Rick & Lisa had prayed about this major decision but at the last minute it just didn't seem like it was "GOD's timing" so Rick respectfully declined this awesome opportunity!
Little did Rick know that within a couple years, his daughter, Jazmine would come on the scene AND he would be presented the opportunity of becoming a Full-Time Realtor and forsook his lucrative salary AND Top Secret Clearance SCI/Poly to serve the public in the business arena!
Lisa, also worked for the FBI (actually was transferred from DC to Honolulu after they were married) and then worked as a contractor (TASC) for the CIA and followed Rick's lead (also gave up a lucrative position as a Configuration Manager, TS/TSI/Poly) and became licensed as a realtor and the legacy of:
Rick & Lisa Perry - "The Dream Team" was birthed!
Truly blessed to be public servants, Lisa transitioned to a Loan Officer (she has the maternal instincts) to really go the extra mile to help buyers with financing and has been a force in the Lending industry for over 15 years!
Rick & Lisa's work ethic is "unparalleled", high energy, motivation, integrity and competence! Over 90% of their business comes from referrals of previous clients (who become lifelong friends) who refer their family, friends and co-workers!
Rick & Lisa live a very balanced life and are very active in their awesome church in Virginia, Victory Christian Ministries International under the leadership of Apostles Tony & Cynthia Brazelton! We are actively engaged in our community with numerous outreach ministries to include partnering with Convoy Of Hope where we served the region with food, clothing, Veteran Assistance, Health services and basically letting over 2400 people know we “care” with no expense to them!
They also serve on Dr. Jerry Savelles' President's Cabinet and travel the world on missions trips, building homes for those needing hope and participate in feeding programs!
The motto / slogan: "Teamwork Makes The Dreamwork" is not only a business principle but a lifestyle for Rick & Lisa! Full Time Professionals, Rick & Lisa were honored as one of the "Top Real Estate Team's" by FAAR, Rick received "The Distinguished Business Award" by Dale City Christian Church.
Rick is a member of American Legion Post 290 and serves on the Honor Guard!
Rick & Lisa love sports (huge "Eagle's fans...Philly Special) love motorcycles, cruises, a very competitive family, "Perry UNO" is legendary, Phase 10, card games, ping pong, "wallyball" just to name a few.
Truly believe in having a "balance" in life, work hard & smart BUT play harder!!!
Rick Perry-Realtor, U.S. Army Veteran
www.TopProducer4U.com
Cell: 540-226-2063
Email: TopProducer4U@gmail.com
Serving Families From "Fairfax To Fredericksburg" For Over 24 Years!
"Teamwork Makes The Dreamwork!"